Home-cooked, meat-and-three, Southern cookin' – whatever you want to call it, Memphis is a natural at serving traditional Southern classics made with love. If you haven't had a good sit-down, unbuckle-your-belt, nap-inducing meal lately, then read this guide for Memphis favorites that feed the belly and the soul. 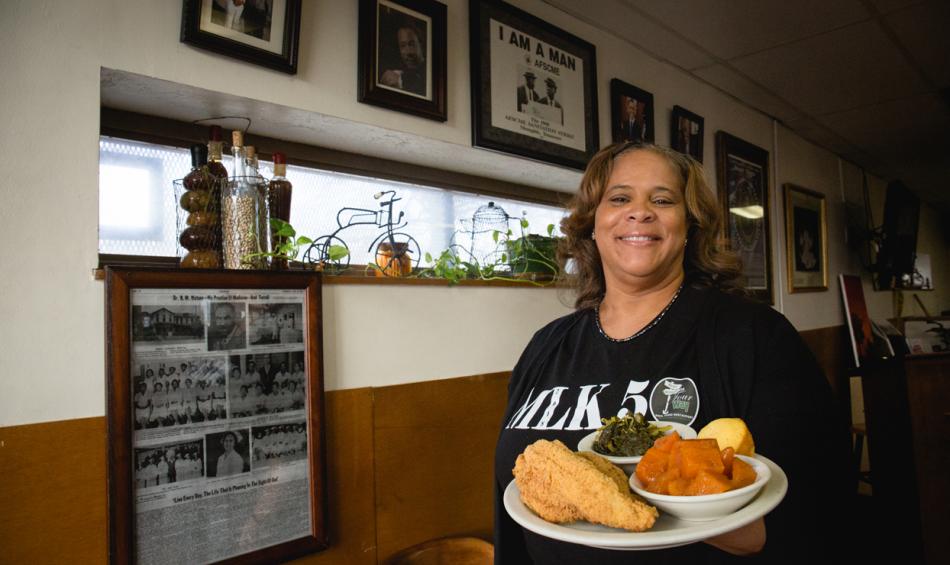 A can't miss lunch spot after a visit to the Stax Museum of American Soul Music. The Four Way has been dishing up scrumptious soul food to locals and visitors since 1946. Famous for being one of Dr. Martin Luther King’s favorite spots to grab a bite to eat where he would often dine with other Civil Rights leaders. Mouthwatering favorites include the fried catfish sandwich with fries plate, the turnip greens and fried green tomatoes.

At Lunchbox Eats, entrees come on compartmentalized trays, and the menu is written on a chalkboard. You can order by taking your "quiz," and hand it off to your server to get "graded." While you're waiting for your food, take advantage of Lunchbox's lemonade of the day. The dishes have really fun names and their takes on southern classics are equally inventive. Take for example, the Homeroom Chicken & Grids, which sandwiches deep fried chicken between golden cheddar waffles topped with muenster cheese.

Alcenia's is a soul food restaurant in the Pinch District of downtown, and the owner, B.J., is just as famous for her hugs as she is her comfort food. There are two things you should know before you head into Alecina's: the food is decadent and delicious, and it's going to be a leisurely lunch. Everything is made-to-order so come hungry and be prepared to relax and socialize with a cup of their world-famous Ghetto-Aid. You know what's beegging to be ordered here: fried chicken with a side of lima beans (you can get it with or without okra).

With multiple locations in Memphis, Soul Fish offers traditional Southern comfort food for a great price. Just as the name describes, you won't want to miss their catfish any way you want it - fried, grilled or blackened.

You won’t have to look far for delicious soul food before or after a night on the world-famous Beale Street. If the delicious smells from Miss Polly’s don’t already grab your attention, the chicken and waffles sure will. The classic combo comes in four to-die-for options and the sweet tea is a perfect way to wash them all down. Whether you’re looking for a bountiful breakfast or savory late-night snack, the dishes are sure to satisfy your tastebuds. 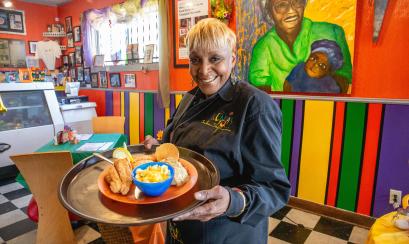 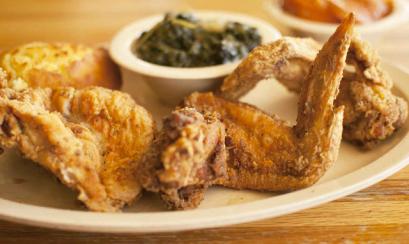 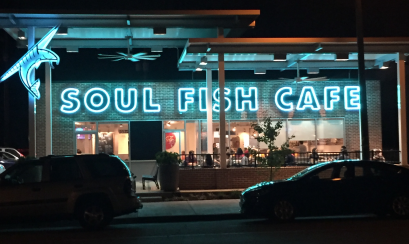 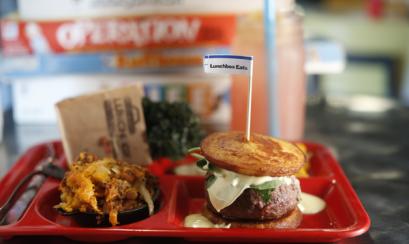 This casual, family-owned restaurant in Downtown Memphis features Southern favorites. Their traditional meat-and-three makes The Little Tea Shop a popular stop for lunch. Known for friendly service, everyone is treated like a regular.  Make sure to order an extra side of cornbread sticks because you won't want them to end.

With four locations in the city, this Memphis staple knows a few things about cooking some outstanding soul food. Every fresh, handmade meal feels like digging into family dinner at grandma’s house. From their many hearty entrees to their tons of Southern sides, there’s definitely something for everyone at Southern Hands.

Exploring Uptown Memphis for the day? Drop by this family-owned restaurant to get your soul food fill. With a massive menu filled with oxtails and smothered chicken to a huge list of “vegetables” such as potatoes with cheese and macaroni, there are more than enough of these delicious dishes to go around.

This hidden gem is perfect for anyone craving a taste of classic, down-home cooking. Known for making food “like grandma used to make,” Peggy may lighten up her Southern meals by using plenty of fresh veggies and protein, but when you dive into a plate of her magnificent meals, you’ll definitely find she doesn’t sacrifice flavor.

One of the best places to get your meat-and-three, only it's hard to just pick three sides with all the great choices. The Cupboard features freshly prepared veggies, including eggplant casserole, crowder peas, turnip greens and corn pudding. Of course your meal is served with fresh yeast rolls or homemade corn bread. Top it off with some homemade banana pudding, and you're set. 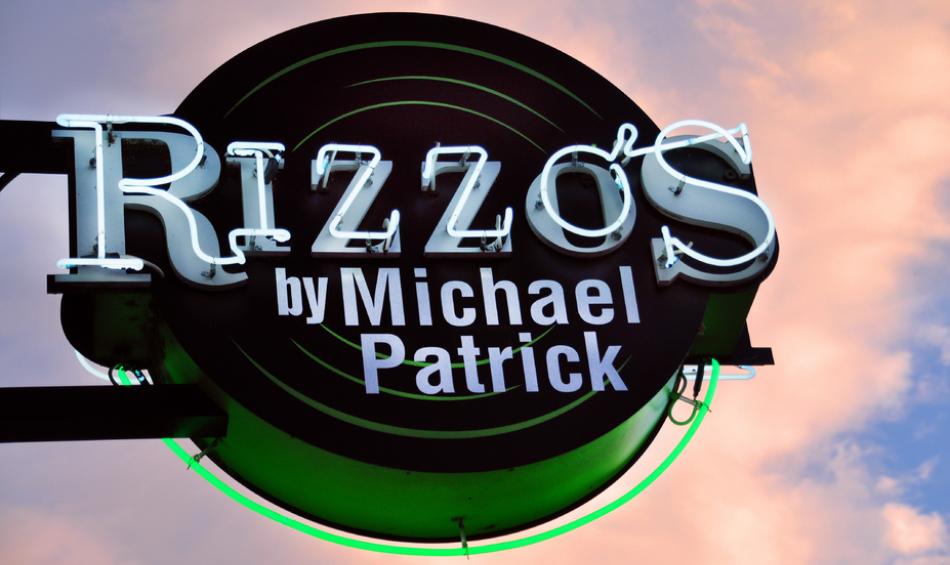 Rizzo's fine dining comfort food can be found in the South Main Arts District. Chef Patrick has managed to combine the highest and humblest classes of food into one delicious dish on a stick with the Pronto Pup: big chunks of lobster that have been battered with Pronto Pup batter, impaled on a stick and drizzled with homemade mustard.

Coming Soon to The Edge District

The original Chef Tam’s Underground Cafe was tucked in a cozy house in Cooper-Young, but it became so popular that a newer, larger location is opening up in the Edge District. Chef Tam's menu will shake up your idea of homestyle cooking. From innovative dishes such as her Peach Cobbler Nachos and Totchoes to plates that are more reminiscent of the soul food you know and love, any tastebud will be more than satisfied at this cafe.

The South may be known for our deliciously decadent traditional food, but at Global Cafe the chefs put a spin on the soul food we know and love. This international food hall in Crosstown Concourse not only combines comforting cuisine from Syria, Sudan, and Venezuela, but it also serves as a gathering place for people from all walks of life. Mix and match dishes from each stall to create a meal that soothes the soul.

This local institution has comforted the souls, and stomachs, of Memphians since 1951. Definitely stop in to grab a dinner plate loaded up with catfish or pork chops, but if you’re looking for a mouth-watering lunch, drop by for their plentiful lunch buffet.

At this restaurant, you don’t have to break the bank to dig into some scrumptious soul food. Chef Will Nash puts his heart and soul into serving his grandmother’s recipes and shares these dishes with a smile. 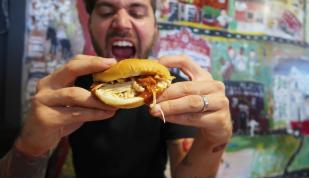 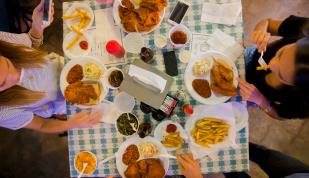 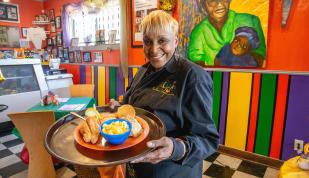 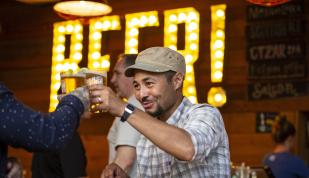 A Beer Lover’s Weekend in Memphis 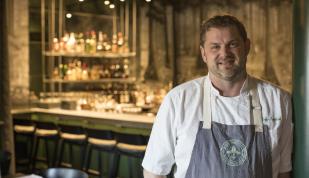