If you're a history buff, favorite these Memphis attractions, including a prehistoric archaeological site, museums located inside historic landmarks, relics of Victorian-era grandeur that invite tours, a riverfront park and even a store on Beale Street. At these sites, you'll get glimpses of Memphis' past, from cotton tycoons and enslaved people to music legends and civil rights upstanders.

Beginning around 1840, riverboats loaded with cotton lined the Memphis riverfront. Through the Civil War and by the turn of the century, Memphis was center stage and cotton was king. At some estimates, over 75% of the nation's cotton came through the Bluff City. Front Street in Downtown Memphis was nicknamed “Cotton Row” and was the heart of the cotton trade and the center of the Memphis economy for over a century.

Built on the original trading floor, the Cotton Museum (at the corner of Front Street and Union Avenue) uses video footage, oral histories, artifacts and exhibits to give you a glimpse of cotton society, history, economics and culture. Relive the days of cotton traders and see how their empires were created and how cotton changed the history of a nation.

Established in 1852, Elmwood Cemetery is the oldest active cemetery in Memphis. Beneath the ancient elms, oaks and magnolias lie some of the city's most famous and infamous. Elmwood is the final resting place for veterans of every American war from the American Revolution up to the Vietnam War, mayors, madams, governors, generals, senators, blues singers and Civil Rights leaders.

Elmwood is on the National Register of Historic Places and is also an official arboretum. The cemetery hosts special events and tours year-round. Docent-led tours are an excellent way to tour Elmwood's 80 acres and can be arranged for groups of 10 or more. Elmwood also offers an audio tours and maps for individual visitors. To find out more about tours and events, go to their official site.

Once a working plantation of 2,000 acres, Davies Manor is the oldest extant home in Shelby County. Today, you can tour the historic log cabin, gardens, outbuildings and tenant cabins. Inexpensive tours led by docents dressed in period-related clothing are informative and tell a beautiful story.

Davies Manor Plantation is located about 25 minutes from Downtown Memphis. More information about the tour and history of the manor can be found on their website.

Between 1845 and 1890, over a dozen three- and four-story, Victorian-style homes were built along "Millionaire’s Row," which at the time was on the outskirts of Memphis. This prosperous neighborhood had homes filled with riverboat tycoons and cotton magnates.

As the city of Memphis grew and expanded eastward, the area surrounding Millionaire’s Row became less and less exclusive. By the end of World War II, the neighborhood had changed so much that many of the wealthy families abandoned their mansions in Victorian Village.

Several of the homes still stand today and thanks to careful restorations are available for tours. Find more about Victorian Village in Memphis and touring the homes.

Local Entrepreneur Clarence Saunders, who established the first self-serve grocery store chain - Piggly Wiggly, began building his dream home in the early 1920s. The extravagant structure earned the name The Pink Palace because of the pink marble Saunders used on the structure's exterior. But after falling into bankruptcy, Saunders failed to complete construction of his home and the building was eventually handed over to the city to use as a museum. Now, The Museum of Science & History (MoSH) features museums on the cultural and natural history of the Memphis area. Guests can explore exhibits ranging from dinosaurs to the Civil Rights Movement. Learn about our galaxy at the planetarium or see a movie on the big screen at the CTI 3D Giant Theater. 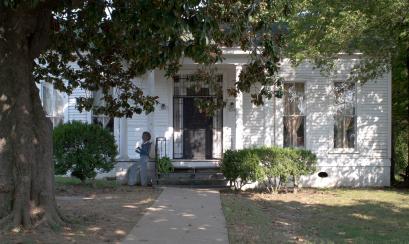 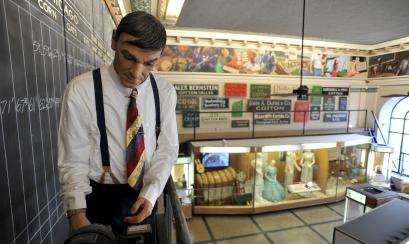 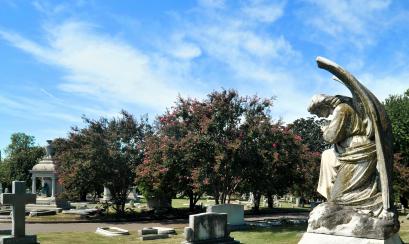 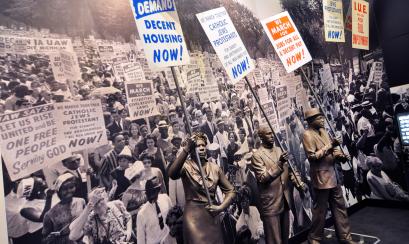 Memphis' history is thick with music. Muddy Waters rode the Blues Highway – Route 61 up from Mississippi to Memphis. So did B.B. King, John Lee Hooker, Bessie Smith and numerous others.

Located at the corner of legendary Highway 61 and Beale is the Memphis Rock 'n' Soul Museum. Created by the Smithsonian Institution, the museum exhibition tells the story of musical pioneers who, for the love of music, overcame racial and socioeconomic barriers to create the music that shook the entire world.

The Rock 'n' Soul Museum offers a comprehensive Memphis music experience from the rural field hollers and sharecroppers of the 1930s, through the surge of Sun, Stax and Hi Records and Memphis’ musical heyday in the 70s, to its global influence. The audio tour takes you through at your own pace through seven galleries, packed with 300 minutes of information, including over 100 songs, three visual programs, more than 30 instruments, 40 costumes and other musical treasures.

The Burkle Estate was built in 1849 by Jacob Burkle, livestock trader and bakery owner, who opened his home to help slaves escape to freedom.

Currently, the Burkle Estate is the Slave Haven Museum which focuses on the history of slavery and the underground railroad in Memphis. The house has 19th century furnishings but its main feature is the secret cellar and trap doors that offered refuge to runaway slaves. This dark cellar was their home for days as they sat silently waiting for boats that would take them to other way stations upriver on their way to freedom in the northern states. After stepping down into the cellar and kneeling on the brick floor of this cramped room, you definitely get a deeper understanding of the slaves’ plight. Take a tour and learn the history behind the slave trade, runaway slaves and the message system and travel patterns of escaping slaves.

The Cotton Museum at The Memphis Cotton Exchange

The Cotton Museum tells the story of this history-defining industry and its economic, artistic and cultural influences on the South and, ultimately, on the world. The Memphis Cotton Exchange room and trading floor have been restored to their 1939 look, complete with the original chalk-scribbled trading board and Western Union office. Video, photos and other artifacts further highlight the impact of “white gold” on life today.

Site of the assassination of Dr. Martin Luther King Jr. The National Civil Rights Museum brings the stories of civil and human rights to life in moving fashion through interpretive exhibits and in-depth audio/visual displays, the museum focuses on milestone events like the Montgomery bus boycott and the Memphis sanitation strike, as well as more recent struggles and achievements of the Civil Rights Movement following King’s death. Audio-guided tours are available in English. Docent guides for groups are available with advance request.

Walk across the skybridge, which boasts some of the city’s best views, over to Mud Island River Park. Follow along a scale replica of Mississippi River. Take a selfie with the MEMPHIS sculpture with the Memphis skyline and the rolling river as your backdrop. Or take advantage of the island’s natural resources and get active. Walk the trails, experience the river and harbor by canoe or kayak or tour the park and Downtown Memphis by bicycle.

Located on a 187-acre tract of land in southwest Memphis, this National Historic Landmark is home to the C.H. Nash Museum and Archaeological site, its associated collections and research facilities, as well as a reconstructed 15th century Native American village. Guided tours available with advanced reservations. Call for special events/festival schedules.

Located nearby in Henning, Tennessee (about 55 miles from Downtown Memphis), is the Alex Haley House, the boyhood home and final resting place of Alex Haley, the Pulitzer Prize-winning author of Roots. Advance reservations are suggested.

This beautiful French Victorian mansion was built in 1870 along “Millionaires Row” and was the home to two prominent Memphis families. Deeded to the city in 1936, the Woodruff-Fontaine House stood vacant for several years until the Association for the Preservation of Tennessee Antiquities rescued the house in 1962 and restored it to its former splendor.

Need a shovel? Aisle four. Voodoo candle? Over there, by the spatulas. Pair of size XXXXL underwear? Walk this way. Part department store, part history museum, this Beale Street landmark has been in business since 1876, and their motto, “If you can’t find it at Schwab’s, you don’t need it” is as true now as it was then. No wonder local grade schools still organize field trips to A. Schwab Trading Co. Want to take a break? Head over to the old-fashioned soda fountain for handmade shakes, ice creams and more.

As a conveniently located city served by river, rail and road, Memphis has been a hub for transportation long before native son Fred Smith brought FedEx to the city. It's easy to imagine the era, some 100 years ago, when rail lines and rail stations bustled throughout the city when you visit the Memphis Railroad & Trolley Museum. Model trains and relics of Memphis' rail era are on display here, and it's all located inside Central Station, a working rail station that now doubles as a boutique hotel, restaurant and bar in Memphis' South Main Historic Arts District. 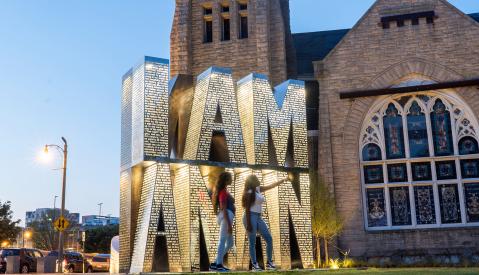 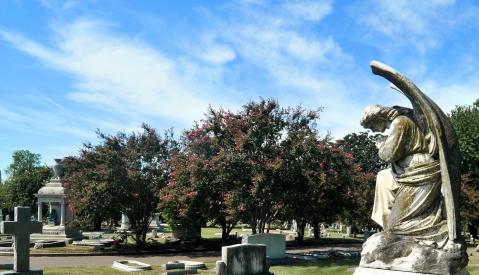 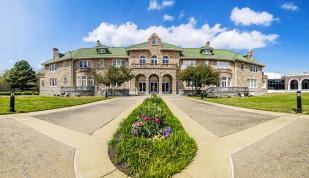 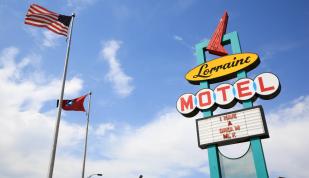 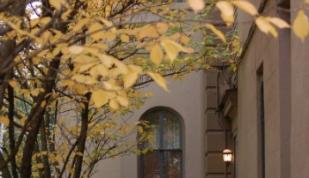 Step Back in Time in Memphis' Victorian Village 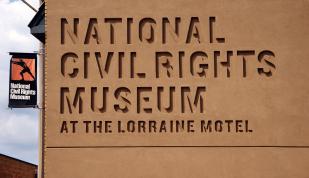