Pilobolus is turning fifty! The remarkable company that secured an iconic place in American culture in the early 1970s is still wowing audiences with its irresistible mix of wit, sensuality, and stunning physical acumen. Now, to celebrate fifty amazing years, the BIG FIVE-OH! tour will bring to audiences a mix of pieces ranging from the vintage and visionary to the later and electrifying, along with—in the paradoxical Pilobolus tradition of breaking with tradition—the dynamically reimagined and never-before-seen.

The 1975 classic Untitled, with its surreal tall ladies and uncanny blend of theatrical storytelling and gymnastic energy, ensured Pilobolus’s place in American culture and in dance history books. It explores sexual ritual and roles through a whimsical, Alice in Wonderland-like journey which is amusing, imaginative, daring, dark, and ultimately satisfying.

The high voltage Megawatt (2004), made in the last decade of founder and choreographer Jonathan Wolken’s life, exemplifies his later work. BIG FIVE-OH!  dedicates this Megawatt to his memory and his everlasting contribution to Pilobolus and dance theater. For this tour, Megawatt will be updated to expand its unfettered exuberance and frenetic expression of life- affirming creative drives and resistance to stagnation by casting dancers in gender roles that gently subvert stereotypical gender associated movement vocabulary.

Ocellus (1972), an abstract and sinuous early male quartet created in the company’s second year, embodies the groundbreaking partnering with which Pilobous is synonymous, and the Pilobolus aesthetic of the human body as an artistic instrument and phenomenon itself, stripped of distraction. Ocellus feels primitive and naive, and yet, classical. Its premiere in 1972 as a quartet of men not classically trained was unprecedented. In 2020, Pilobolus embraces the flexibility of gender roles by performing this piece with a mixed gender cast, questioning biases inherent in dance partnering—even those that Pilobolus itself helped establish.

With recent innovations in projection technology, Pilobolus will also deepen the experience of Ocellus with handheld projectors, operated by performers, that re-skin the performers’ bodies in imagery referencing the unfolding of the natural world and the human impulse to create.

Shadow piece:  Since Pilobolus’s innovation of physical shadow theater at the 79th Annual Academy Awards in 2007, many have copied the techniques and images. A new medium of expression has been embraced by the international performing arts community.

For the BIG FIVE-OH! , Pilobolus will offer a shadow performance unlike what you have seen before, and reveal the technique behind the innovation by shifting the perspective of the audience ...from in front of the screen to behind it. Pilobolus is exploring in the studio the most effective way to change the viewer’s experience of perspective, and will use a moveable screen operated by dancers that can reveal both the amazing composite shadow figures as well as the technique behind them like this wonderful Wired video.

We will also reverse the beloved short piece Transformation (2009) so that the audience is watching the piece from a behind-the-screen point of view.

For this 50th anniversary celebration, Pilobolus questions its own “givens,” turns its traditions sideways, and brings its past into the future – in a thoroughly engaging new way. As fresh and vibrant as ever, Pilobolus –that feisty arts organism– puts the “Oh!” in BIG FIVE-OH! , and continues to morph its way thrillingly into audiences’ hearts and minds. 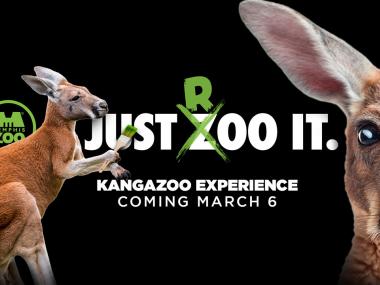 Outside the Lorraine: A Photographic Journey to a Sacred Place