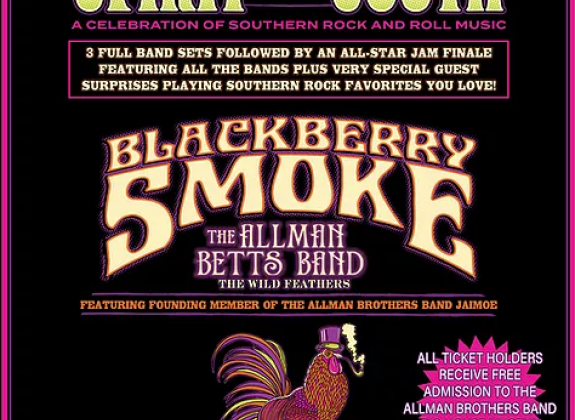 On their latest album, You Hear Georgia, the follow-up to 2018’s critically acclaimed Find a Light, Blackberry Smoke is further celebrating these roots with 10 new songs that feel like Georgia, accented by the addition of Grammy-winning producer and fellow Georgia-native, Dave Cobb (Jason Isbell, Brandi Carlile). “Dave and I had spoken for the last few years about making a record,” Starr says. “Finally, it worked out, our schedule and his schedule, and we said, yes—let’s make a record.”

Unsurprisingly, many of You Hear Georgia’s songs describe characters that are restless and prone to seeking out a change of scenery, in hopes of finding a place where they belong. Against cinematic backdrops with vivid details, it’s easy to empathize with these protagonists as they share pearls of wisdom (“Don’t ever trust a grown man with a nickname”) and exhibit deep self-awareness (“Anywhere’s better than staying here, with the ghosts running thru his mind”) along the way.

The hard-touring Blackberry Smoke knows a little something about hitting the road in order to find a place to belong. Over the years, the band’s toured with ZZ Top, Zac Brown Band, and Eric Church, while the group’s last four full-lengths reached the top 10 of the Billboard country charts, with two of these albums (2015’s Holding All The Roses and 2016’s Like An Arrow) landing at No. 1.

“Having played music together for so long, it does become a sort of a telepathic thing, where we all are nodding our head at the same time, like, ‘A-ha, I know what this feels like,’ or what it should feel and sound like,” Starr says.​

“That’s what makes it so enjoyable to be in a band: to play with the same dudes decade after decade,” he adds. “Because when you land on something that works to you, you don’t want to stop. You want to keep doing it.

The Allman Brothers Band Big House Experience is a new mobile museum set up at each show of the tour, featuring never-before-seen archival items including original hand-written lyrics, family photographs, iconic clothing and jewelry, one-of-a-kind instruments played by the band and more. Jaimoe will also be available for meet and greet opportunities at each stop. All ticket holders will be granted free access to the museum with $1 of each ticket donated to The Allman Brothers Museum at the Big House to help preserve its history and heritage. 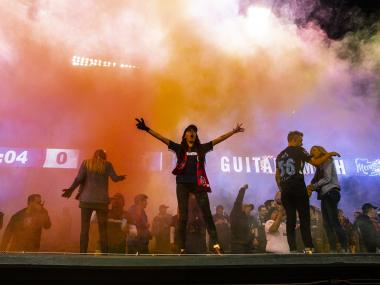 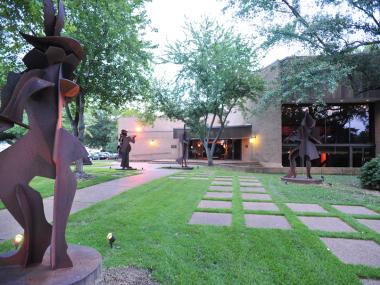 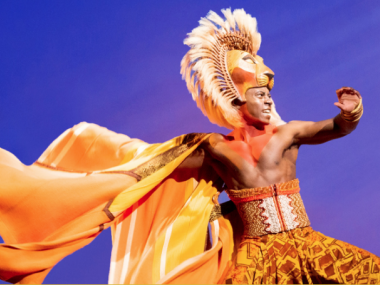